This website uses cookies to offer you a better browsing experience.
You can learn more by clicking here.

When you want a trainer who can also be a trusted advisor, partner and consultant. 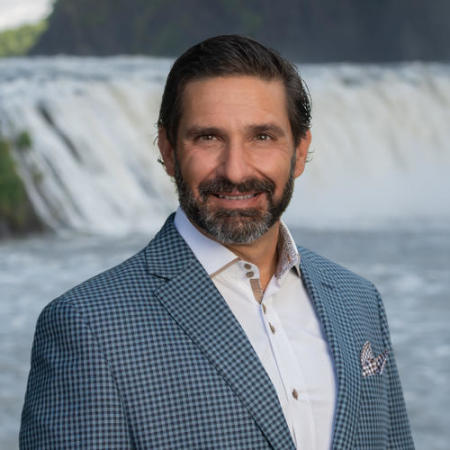 Matt started his professional career as a Registered Pharmacist in 1990.  After practicing in the retail world for 5 years, Matt eventually moved onto pharmaceutical sales where he worked for the next 10 years.  In the pharmaceutical field Matt held a variety of positions including sales, management, mentoring, and training.  Matt found what he liked to do, but not the field he wanted to be in.

Having soccer running through his veins, Matt decided, as a father of 3, to become president of Latham Circle Soccer Club. This is when Matt co-founded SportsSignup (a SaaS company revolving around youth sports) with John Haller in 2003

Matt was a managing partner at SportsSignup as well as the V.P. of Sales overseeing a team of 12.  As a V.P. he saw a need for sales training which is where his Sandler story begins.  Sandler was an easy choice for him.

In July, 2015, SportsSignup was acquired by Time, Inc. and the company is now known as Sports Illustrated Play. Matt stayed on as V.P. of Sales for 8 months to assist in the transition.

Ready for his next adventure, Matt purchased the Sandler Training Systems of the Greater Capital Region franchise in 2016.

Matt is very excited about this new chapter of his career and is very approachable.  He can be reached at 518-366-0004.

“Sandler training is working and I barely have a moment to spare. I can’t even begin to describe the difference in my sales life. I have control, I have confidence, and I have a measurable system. I’ve set more appointments with less calls than ever before. I’ve lost almost all my cold call anxiety. Being able to pick up the phone, dial a prospect, and not be afraid or feel like I have to ask permission to do my job - that alone is worth its weight in gold.
Sandler is the best buying decision I have ever made.”

Matt is a delivers dynamic and engaging workshops for business owners and sales professionals in the Albany area.

Connect with Matt on LinkedIn.